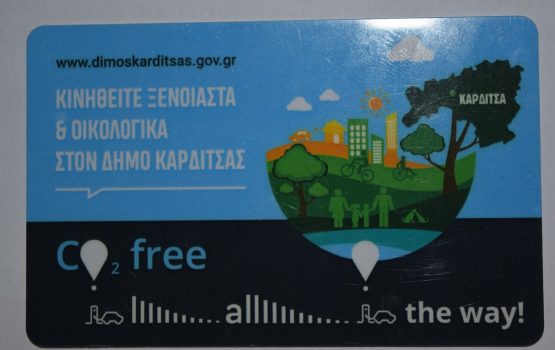 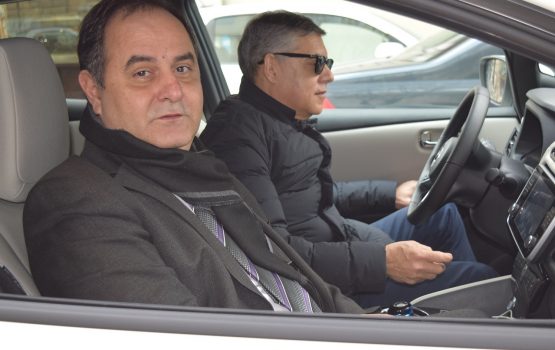 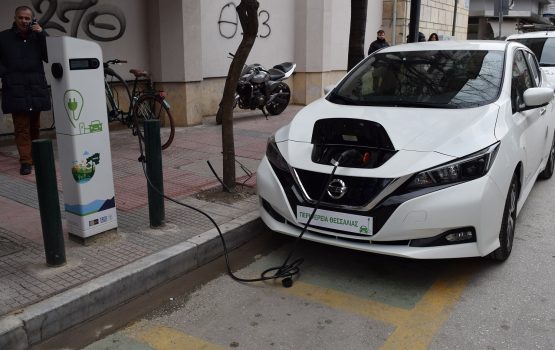 Vassilis Tsiakos: Karditsa is a pioneer in e-mobility, our goal is to innovate in other areas as well

The Municipality of Karditsa is a pioneer in terms of support for electric vehicles as it has installed and operates an electric car charging station. It is the first municipal charging station for all of Thessaly and is located at 32 Ezekiel Street next to the City Hall. It should also be noted that for the first year of operation it provides free charging service. One of the first to rush to charge their electric car is the governor of Thessaly, Mr. Costas Agorastos, as the Region has procured an electric car for its needs. The electric car was driven by the governor Mr. Agorastos while the co-driver was the Mayor of Karditsa Mr. Vassilis Tsiakos.

The statements of the Regional Governor Mr. Agorastos

As soon as the charging started, the Regional Governor of Thessaly, Mr. Agorastos, stated: “The Region of Thessaly is one of the first regions to take steps in electrification with the supply of the first electric car and the installation of charging stations in the urban centers of the Region. Congratulations to the Municipality of Karditsa and the Mayor Vassilis Tsiakos for the installation of the first public electric charging station in the city of Karditsa. The Region of Thessaly through its participation in the European program EnerNETMob enters the map of European Regions for Electricity. It is an environmental program aimed at reducing greenhouse gas emissions, improving mobility and the quality of life of citizens, promoting electricity transport for citizens and the supply chain and increasing the use of renewable energy sources, which are connected to charging points “stressed Mr. Agorastos.

The statements of the Mayor Mr. V. Tsiakos

The Mayor of Karditsa Mr. Vassilis Tsiakos stated: “Today we welcome in our city the Regional Governor and good friend Mr. Costas Agorastos. Today he arrived in our Municipality with the electric car that the Region has at its disposal and parked it to charge it at the power station we created. Today we mark once again the close cooperation between the Municipality and the Region. We as the Municipality of Karditsa put into practice the need for sustainable urban and long-distance mobility, the need for environmental protection, the need to promote smart and functional solutions in a world that is changing at an incredibly fast pace. The new municipal authority is firmly oriented towards the search for innovation, the search for avant-garde, the creation of an identity for our city. We are creating Karditsa of Tomorrow, the city that is worth living, the city that you live by choice “.

The charger provides the possibility of simultaneously charging two electric vehicles. For this purpose, two consecutive controlled parking spaces have been reserved, which stand out with a special green line, while the necessary markings have been placed for their easy detection.

It is powered by a three-phase supply, with current 32 A max per phase and has a maximum rated power of 22 Kw per charging point (2 × 22 Kw). It is CE marked and complies with Directive 2004/108 / EC on electromagnetic compatibility and Directive 2014/35 / EU on electrical equipment. The station meets all the required specifications in accordance with the legislation, as in force today. Owners of electric cars should have a public charging cable. Its construction costs were covered by a grant from the Green Fund.

Interested owners of electric cars can see the available charging stations for electric cars nationwide, at the following address: https://www.fortizo.gr/

The station of the Municipality of Karditsa has been added to the map and will serve free of charge the charging needs of the whole of Thessaly. It is located in a very central part of the city (at 32 Ezekiel Street, below the City Hall) in order to facilitate the owners of electric cars and very close to the 4 hotels of Karditsa for the service of their customers.