The renovation project of Charitou Street has started 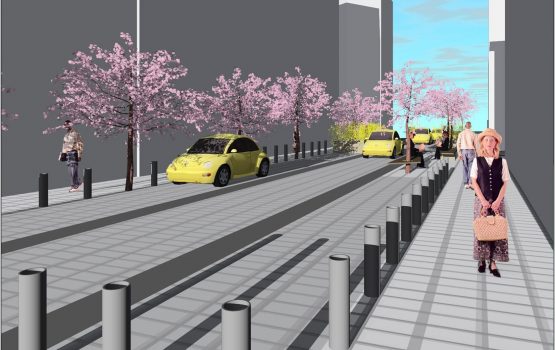 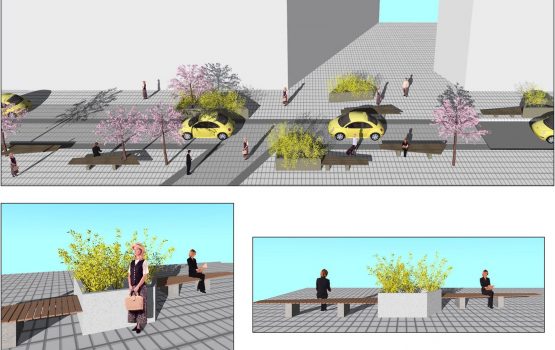 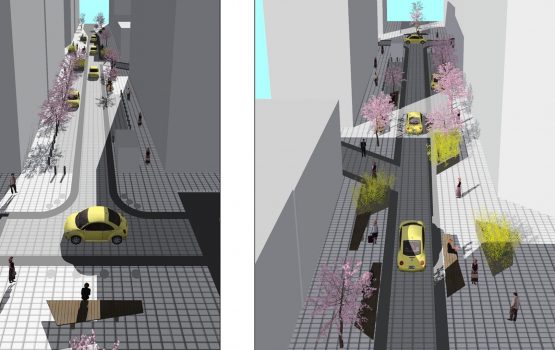 V. Tsiakos: This is a project that will change the center of the city of Karditsa

A large project with a total budget of 760,000 euros, financed by the NSRF 2014-2020 and which will change the center of the city of Karditsa, has entered the final construction phase. This is the project of renovation of Charitou Street and its integration with Skoufa and Kazambaka sidewalks as well as Ezekiel Street. Construction of the project is expected to begin within days. The contractor has already reached an agreement with the people in charge of the utility networks, in order to minimize the problems and to move the project forward quickly. Regarding this, the Mayor of Karditsa, Mr. V. Tsiakos, stated: “The reconstruction of Haritou Street and its transformation into a light traffic street has already begun. This is a project that will change the city center and create a new point of interest. Simultaneously with the completion of the renovation, we will give to the locals but also to the people of Karditsa in general a beautiful and functional space that will give more space to mild activities. I would like to ask for the understanding of our fellow citizens for as long as the work for the renovation of the space lasts. It is very likely that there will be disturbances in the daily activity of the area but in order to complete the project, interventions will have to be made which may cause malfunctions. I close by saying that Karditsa changes through specific projects. With renovations, asphalt paving, construction of sidewalks, construction of bicycle paths, upgrading the provision of services in cleaning and greenery, with projects such as the Municipal Stadium and Palermo, with projects related to environmental protection and upgrading the quality of life of Karditsa residents. “Karditsa is becoming more beautiful, Karditsa is becoming the city worth living”.

Details of the project

The purpose of the architectural study of Haritou Street is to integrate it with the sidewalks of Skoufa and Kazambaka as well as with Ezekiel Street. The basic principle is to keep the passage of vehicles in a gentle form, while creating a uniform pedestrian movement, so that there is a sense of walking.

In addition, the goal is to delimit the functions and movements of pedestrians and vehicles, so that their allowed movement is distinct.

The dominant element is to create an environment that is more organized and friendly to the citizen, to give him the feeling of creating a common space where, in addition to the passage, he can use the urban space for his benefit and not for exploitation.

The element of planting plays a dominant role, as in addition to the aesthetic role, it creates an oasis of coolness and well-being, changes the look of the road and gives a sense of continuity that leads to the unification of the street with Valtadorou pedestrian street and consequently with Eleftherias Square.

The “design line” of the proposal came from a number of things, such as existing routes, necessary crossings of essential vehicles as well as existing connections. The design aims to increase road safety, the organization of parking and car traffic, trouble-free accessibility for all pedestrians, improving the aesthetics of the environment and highlighting the space.
The unification of Haritou Street with Skoufa, Kazambaka and Ezekiel streets is clearly achieved by unifying the level at a uniform level, for this reason it is proposed to “raise” the street level and come to the level of the sidewalk with a very gentle and smooth ramp at the three points shown in the drawing.
After the unification of the altitudes, an attempt is made to delimit movements and functions. This is achieved by different means in each point, such as the proper use of urban equipment (benches, planting, columns, flower beds, etc.) but also the conceptual delimitation of functions through change of materials.
A net width of 3.50 m is applied to the road under study, which is also an ideal road width so that the vehicles move satisfactorily and at the same time the avoidance of illegal parking along it is achieved. On the whole road, the movement of vehicles and pedestrians is limited. Pedestrian traffic areas – sidewalks are created on both sides of the road. A passage is created along the sidewalk without obstacles, at least 1.5 m wide, so that wheelchairs can pass. A blind crossing zone is created by placing a blind guide. Where possible on the sidewalks, tree lines are provided for tree growers.
The solution is completed with the study of lighting and planting as provided in the respective plans. The sidewalks are widened and planted. These widenings are aimed at removing vehicle parking, the facilitation of pedestrians, the promotion of buildings, the development of shops and the passage of vehicles with care and reduced speed.
Pleasant conditions for walking and shade are created, planted with mostly deciduous trees which provide shade in summer and light in winter. Evergreen small and large trees retain the element of green throughout the year. The great variety in the trees as a whole creates visual and aesthetic richness.

On the main pavement the paving material is paving slabs.

These are the classic square (40 × 40cm) paving slabs made of concrete in gray color or new type cement slabs with textured surface with grooves in various designs.

The path of visually impaired people is defined by square paving slabs, yellow in color, engraved, stripes with wide and sparse stripes, which are placed with the stripes parallel to the axis of movement to guide visually impaired people in their course (“GUIDE” ). At the points of change of direction, scaly plates are placed with denser and less intense scales (“CHANGE”). In case of possible obstacle or danger, as well as at the beginning and the end of the ramps for the disabled, scaly plates with intense scales and always yellow color are placed, to warn the people with vision problems.

In the imaginary widening of the pavement, pebbles are used with the respective joints in a diagonal arrangement as shown in the drawing.

The study envisages the installation of horizontal and oblique strips of impacted marble 35 cm wide along the sidewalks as shown in the drawing.

• Wooden living rooms with concrete bases of special construction.
• Galvanized waste bins.
• Bicycles of metal construction at the points indicated in the study.

The design of the lighting study was done simultaneously with the architectural configuration of the space and based on the aesthetic requirements of the space, safety and reliability, long life and achieving energy savings with proper design.

In order to improve the aesthetics but mainly to create a pleasant microclimate for the residents and users of the sidewalks and streets of the intervention area, it is planned to plant a significant number of trees and plants in the respective places and flower beds. An automatic irrigation system will be installed to meet the water needs of the plants. The total budget of the project amounts to 760,000.00 euros, including VAT.